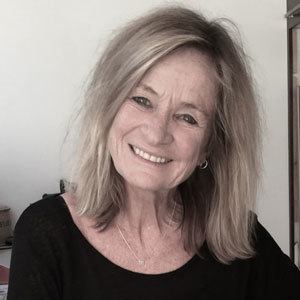 Autoimmune related Implantation Failure and Miscarriage according to the Wisdom on Wen Bing.

Sally has held a long time interest in fertility as well as toxicology, tropical medicine, infection, immunology and Wen Bing theory. Over the last few years these two interests have overlapped where Sally has found from observation of her clients that Wen Bing pathology and formulae can be applied in autoimmune related infertility.

Although many of these women have no obvious signs of compromised immunity until trying to conceive Sally finds there are often subtle signs from a TCM point of view, as well as in detailed immunological pathology tests that explains why a woman’s immune system rejects an embryo from implanting, leads to miscarriage or to complications later in pregnancy.

According to Dr Alan E. Beer, who established the Chicago Medical School’s Reproductive Immunological Clinic in 1987, “as much as 40% of unexplained infertility may be the result of immune problems, as are as many as 80% of unexplained pregnancy losses.”

Many women in this category have been told they have chromosomally compromised eggs and that they should try donor eggs rather than undertaking immunology testing.

The western medical treatment protocols, however, are probably the reason for suspicion as the treatment is geared towards immunosuppression with steroids, blood thinners, TNF suppressors and the like. These drugs may carry risks to the mother and baby.

Treatment using TCM theory and Wen Bing (according to Sally’s clinical observation) is not about suppression of the immune system, but rather the venting of latent pathogens or clearing underlying infection to lower the inflammatory response, whilst also supporting the immune system so the mother can accept the embryo.

Sally’s treatment protocol is over 3 months whereby women have bloods or uterine biopsy undertaken, before and again after the treatment period, so hopefully no western medical immunosuppressive treatment is needed during the pregnancy.

Sally will discuss the role of natural killer cells and how they activate the immune system in relation to fertility. She will also discuss the lymphocyte subsets of the clusters of differentiation, as well as other immune pathology related to fertility, how they can be interpreted, and how this relates to TCM diagnosis and treatment.

Sally will present case histories, discussing the pathology tests and how she applies Chinese herbal formulae according to the theory of Wen Bing to lower the inflammatory response making a drug free pregnancy possible in a previously autoimmune compromised woman.